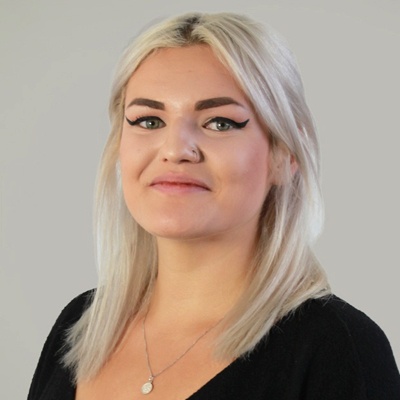 Advertisers Flip Talent Focus From Agency To In-House In 2019

ID Comms research found the priority in 2016 was agency talent but marketers are now investing more time and energy in their own teams.

2018 saw advertisers increasingly looking inwards with the goal of boosting their in-house media capabilities. In-house talent was the No. 1 concern for marketers in 2018, reflecting the perception that large-scale advertisers need to invest more in the capability to handle digital media in-house. In addition, there is a sense that they need to understand all media better, according to new research from ID Comms.

The results of the ID Comms 2018 Global Media Talent Report are based on 129 responses from advertisers across a diverse range of sectors and geographies, investing more than $10bn in media around the world. Advertiser respondents work in a range of roles across marketing, media, and procurement. Agency respondents represent all the major agency holding groups and many independent media agencies from both the US and Europe.

The key priority in talent for internal marketing/media organisations was to ensure the right structures and models were in place. Advertisers have also invested more in planning, where internal capabilities have risen by 6% in the two years since 2016, where 19% of advertisers agreed that there was a need for greater internal talent investment.

“One reason for the greater emphasis on in-house talent is not just the industry debate around transparency, but the realisation that as media gets higher on the corporate agenda, marketers’ in-house teams often don’t have a complete grip on many of the issues thrown up by the shift to digital and biddable media buying,” said Susy Pyzer-Knapp, Consultant at ID Comms.

As a result, confidence in internal talent being able to meet advertisers evolving marketing needs has diminished, with only 14% of all respondents having high and very high confidence, compared to 22% in 2016.

When agency respondents were asked whether their internal advertiser media talent sufficiently met their current media needs, the vast majority said it did not. This has improved slightly since 2016, however, 74% of them still believed it was not sufficient.

Susy Pyzer-Knapp also added: “For advertisers, it is critical to understand the key responsibilities of internal teams, to ensure that the right structures and models are in place to be able to extract the most value from internal talent. The shift away from a focus on agency talent reflects their desire to manage more of their media efforts in-house, or more effectively oversee their agency partners’ efforts in this area.”

The new inward focus reflects a shift in attitudes over the last two years. When the same questions were asked in 2016, the top issue for marketers was the quality of agency talent, scoring 29%. This year it has fallen to 18.5%.

The good news for agencies is that brands appear more confident in their ability to meet changing needs; both now and in the future. Since 2016, there has been an increase to 35% in the number of  respondents who have very high confidence in the ability of agencies to handle whatever the media market throws at them; 21% higher than those who are very confident about their own in-house talent.

“Smart marketers and procurement teams have been talking constantly in the last two years about the need to boost their in-house understanding of how media works. This research highlights that many have taken the first steps in that process but also that there is still much work to be done,” said Pyzer-Knapp.

The findings of the ID Comms 2018 Global Media Report were featured in: The Drum, MediaPost, WARC, and Campaign .