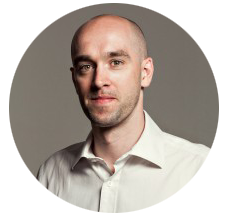 From Mexico City To Spitalfields

Luis Ramos recently joined the inaugural ID Comms intern program. Here he explains  how he found out about the internship and why he jumped at the opportunity to spend some time with the team at ID Comms over the Summer...

Before I arrived to the UK I studied a BA in marketing in Mexico, where I’m originally from and later worked for in-house marketing departments in large corporations. I was involved in the creation of several national campaigns, which was challenging and exciting, however most of the time advertising came directly from the headquarters so I felt the creative side of my professional life was not being exploited sufficiently. I wanted to work in an advertising agency in a big city, a city where marketing was also big, so it was either New York or London.

So, for many reasons, I chose London, married my long-term girlfriend and we moved together to a flat in West Kensington. In order to increase my possibilities to break into the industry and get into one of the agencies whose work I have always admired, such as BBDO and Ogilvy I studied a masters degree in Marketing Communications at the University of Greenwich.

To make ends meet, we both got part time jobs in all sort of places. I used to take my wife to the coffee shop where she worked in the City of London. Being in contact with morning peak hour crowds, huge buildings, quick cups of coffee and young bankers dressed smartly made us miss our office jobs in Mexico at some points. But we were also motivated to make it here. Looking up at the Gherkin she sometimes reminds me how close we are to the big leagues and encourages me to get there, someday, somehow.

During one of the MA courses called 'Media Buying and Planning' I met Tom Denford, a young guest lecturer who had a wealth of experience in several big agencies and later created his own media consultancy, called ID Comms.

One day I received an invitation in my University email account to apply for an internship at ID Comms, it was exactly what I had been waiting for, an opportunity to gain some experience in London! Experience that I’m sure is valuable everywhere. So I applied, hoping to at least be considered. Then I received a call from Tom who basically wanted to know the reasons why I would like to join them for a time.

I guess my reasons were good enough because a couple of weeks later I was offered a place there. So I’m part of the first batch of interns, I really didn’t expect to have the amount of guidance and valuable learning that I've had here. The first week was enough to give me a clear understanding on how media and advertising agencies are structured globally, work on real projects and meet people with many different backgrounds. It is really a huge step to make my way in the advertising industry. Now at least I look at the Gherkin from another perspective.

So this is not yet a testimonial of achievement but more a personal reminder that I’m on my way to get where I know I want to be.