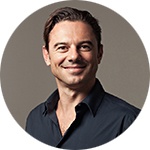 Contract negotiations between advertisers and their media agency partners have become increasingly civilised and constructive. It’s a welcome change but clients still need to remain vigilant.

It’s funny how fast the world changes. Over the last three years I’ve sat in the room while around $10bn of media agency reviews and renegotiations have taken place.

It’s a privileged seat and provides a unique vantage point from which to see how much the world has moved on when it comes to signing the contracts that determine what happens once advertiser and agency actually start working together.

Up until 2015, agencies were in control of the negotiation process and it was often a brutal experience. Those representing the agency side would often outnumber, outgun and outmanoeuvre their client counterparts.

Not only would they dictate the terms of the agreement, they would determine how quickly or long the process of contract alignment and signature would take. I saw some advertisers function with their newly appointed agencies for 12 months without having signed their MSA.

This highly effective tactic allowed the agencies to extend the process and often make it as painfully drawn-out as possible. All too often, advertisers would simply be worn down and concede in the desire to reach conclusion.

The agency groups varied significantly in terms of how well resourced and challenging they could be to deal with. The best ones were masterful at securing the contract terms that they wanted.

A big shift in the advertiser-agency relationship.

All that has now changed. The ANA transparency report in 2016 demonstrated that marketers needed to take back control, and many of the largest global brands listened. The original media contract framework initiative championed by ISBA with collaboration from many of the world’s leading media consultancies – among them ID Comms –  provided the impetus, tools and confidence for clients to sit down at the negotiation table as an equal. They don’t fold anymore and, if they want the business, agencies are expected to play ball.

The result is that contract negotiations or renegotiations are now far more productive and equally balanced, although they can still go to the wire. Agencies are far more open to concession and agreement and, certainly in the ones I’ve been involved in recently, there’s a genuine desire to build a true partnership platform.

The key change that’s given brands more control over the process of contract agreement, has been a revamped process. Contract negotiations no longer take place at the end of the pitch, once the winner has been selected. Instead they are an iterative and evolving workstream within the main body of the pitch process.

By creating specific milestones within the pitch structure that require agreement and alignment on the legal elements of the contract as a condition of progression to the next stage, it’s now possible to accelerate some of the trickier decision-making clauses.

Three keys to a strong contract.

At the end of the pitch you ideally end up with a contract that delivers on the three key points designed to establish a strong and mutually productive relationship.

Firstly, agreement on the remuneration structure by which a client pays their agency, as this dictates the behaviours by which the agency will operate. It should be fair and equitable and designed to drive value generation for the advertiser and reward strong performance.

Secondly, it should hold the agency to account for the promises they have made and their commitments to behave in the right way.

Finally, it should hold the right people to account. A modern, relevant and future facing contract is ideally held at group level rather than network level (if working with one of the big 6). There should be greater scrutiny over data ownership, digital supply chain visibility and mitigation against ad-fraud (non-payment or retrieval of money for invalid traffic).

It may be naive to believe that we are moving closer to a place when advertisers and their media agency partners work together in secure and mutually protected ways. Where agencies are paid properly and rewarded well for their influence in driving business growth and where advertisers feel inspired by the opportunities media has to offer, safe in the knowledge that their agency is looking out for them.

But we are certainly making good progress.

Read more > > > THE VALUE OF USING A MEDIA PITCH CONSULTANT

This article was originally published in Campaign, on 2 July 2018