Media Directors need to change their role if they want to move beyond fire-fighting. Here is why the job needs to be turned on its head.

It’s tough being a media director today. Constantly being pulled in one direction or another; one day it’s brand safety, the next it’s transparency, then viewability, Facebook metrics, Ad Fraud, fake news, the list goes on.

The constant need to address multiple crises makes it hard to have a vision and also makes it harder for any media director to act strategically. Crises keep them tactical and spread their expertise across a range of issues even as it keeps them siloed in a problem department.

The future for Media Directors is to turn this role on its head. They need to keep their expertise tight on media while forging stronger links with the broad range of stakeholders across the business.

Today’s most effective media directors are seen as a key executive, responsible for managing a large budget that is seen as an investment in growth for the company.

These must now include not just the CMO but also the CFO, the CPO, the data and tech team as well as insight, retail and e-commerce. Media can be an engine for growth and an ally for all these different departments in a digitally driven age but only when the media director has evolved their role beyond fire-fighting.

The first step to delivering on this change, where this is not the case, is for the media director to work with their most significant stakeholder to create a mandate to change their role. They need to make the business case for a different role.

The second is to look at their KPIs to ensure that they all demonstrate the growth that media delivers. This will help change the narrative internally from cost to investment when media is measured on the basis of its business contribution rather than the discount or GRPs bought. 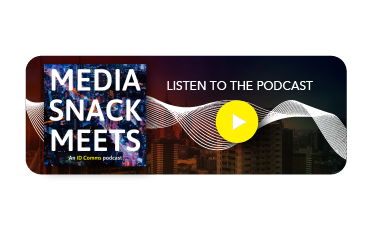 The third step is to look at the tools that they have to deliver the change; examine agency contracts, the scope of work, how they brief their agencies and how they measure and evaluate their contribution.

The mistake that many media directors make is to rush to step three, before they have received their internal mandate and business case for a different approach to media.

This three-step approach will create the space that that media directors need to ensure they are seen as an engine of growth rather than simply someone who spends money in a department that creates issues for the rest of the business.

Media directors need to push out the walls of their current roles and secure a real mandate for change. Only then can media truly become an engine for business growth.